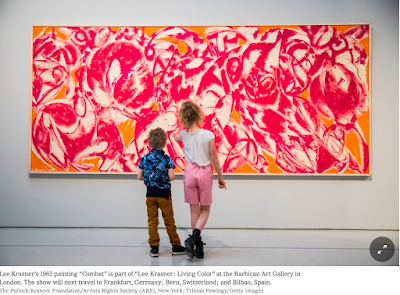 To learn more about Krasner and about the current show, access Jason Farago's article in the New York Times here.
Posted by Heather Dubreuil at 12:00 AM