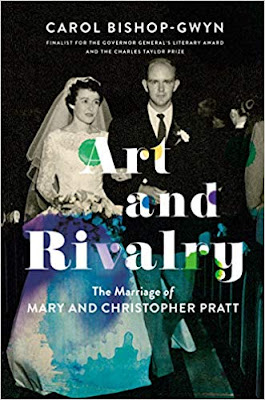 Last week was the vernissage of my most recent show, a collaborative celebration of the life, music and poetry of Leonard Cohen. Most of the twelve participating artists were there, and the many visitors took advantage of this opportunity to talk to the artists about their work.

Visitors are greeted by this haunting portrait of Cohen. In the words of the artist,

"This painting explores the idea of light revealing form, using a baroque model of lighting where the light source is a single beam. Emphasis is placed on a veristic likeness of the poet while conveying an introspective portrait of a deep thinker."


At the entrance to the show, these three large works by Joanne Keilo make a strong impression on the viewer. Made of dried paper pulp, they reference script with their calligraphic shapes. The choice to forego glass in the mounting left the works vulnerable and fragile, in keeping with Cohen's aesthetic of celebrating human imperfection and frailty. Keilo wrote:

"Cohen laments. Rather than bypass the glory and the pain, he permits himself to sink into it. He emerges through his poetry, through his songs, through his prose. In 'Beautiful Losers' Cohen writes 'How can I begin anything new with all of yesterday in me?'

"In my series 'When Paper Becomes Poetry' I beat the fibres for over eight hours in a Hollander beater. The overbeaten pulp is then placed in a squeeze bottle. Songs sung to me as an infant and as a child are formed from the pulp in the bottle and are written and re-written in spiral form. The lullabies and songs are finally transformed by the drying process when the pulp ultimately shrinks and undulates as it wishes, much like memories. This series confronts and transforms the subtle body of the baby's experience from paper into a kind of visual poetry." 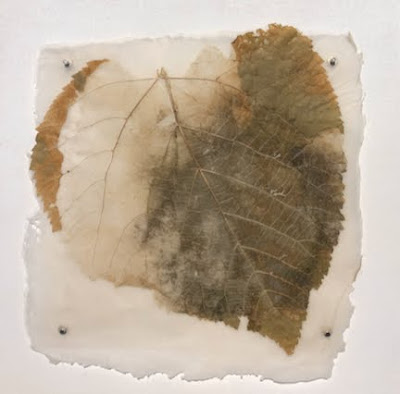 Writes Mona Turner, about her painting, above,

"Cohen's words, 'There is a crack in everything, that's how the light gets in' remind me of the Japanese art of Kintsugi, repairing cracks in pottery with gold. This art form celebrates a beauty that is imperfect, and impermanent. The crack, the imperfection, becomes the source of new ideas, of growth and change."

My contribution to the original Leonard Cohen exhibition at the Rigaud Library is shown above. The theme of this first exhibition was the fragment of Cohen's lyric, "There is a crack in everything. That's how the light gets in." Diaspora relates Cohen's words to the issue of mass migration and the global crises of refugees.

For this current show, I contributed six "radical collages" from my recent series, originally titled City in Ruins. These dystopian cityscapes were made on 10 x 10 wood panels with layer upon layer of collage and paint, each layer altered by sanding to "deconstruct" the image.

This final photo, above, shows another of my contributions to the exhibition. It was meant to represent the tension between our needs for autonomy and for belonging. Its title is borrowed from the lyrics of Cohen's song Like a Bird on the Wire.

On a recent weekday visit to the show, I was delighted to see a class of schoolchildren, seated at tables in the gallery, engaged in their own visual interpretations of Cohen's words. The show Inspiré par Leonard Cohen at the Musée régional de Vaudreuil-Soulanges will continue until January 22, 2020. 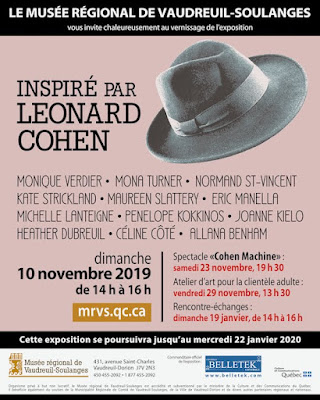 Posted by Heather Dubreuil at 7:11 AM 2 comments:

Email ThisBlogThis!Share to TwitterShare to FacebookShare to Pinterest
Labels: my shows, shows 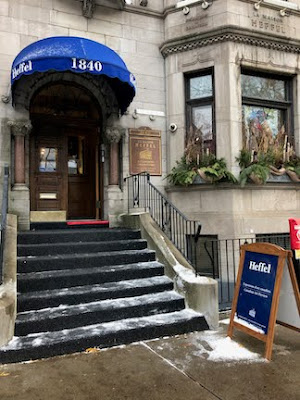 Posted by Heather Dubreuil at 7:47 AM No comments: 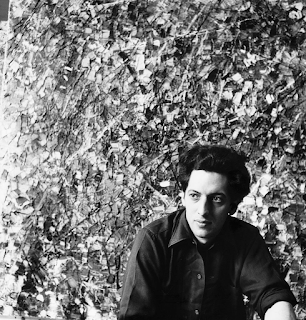 You can read more about the initiative to promote Riopelle and his work here.
Posted by Heather Dubreuil at 12:00 AM No comments: 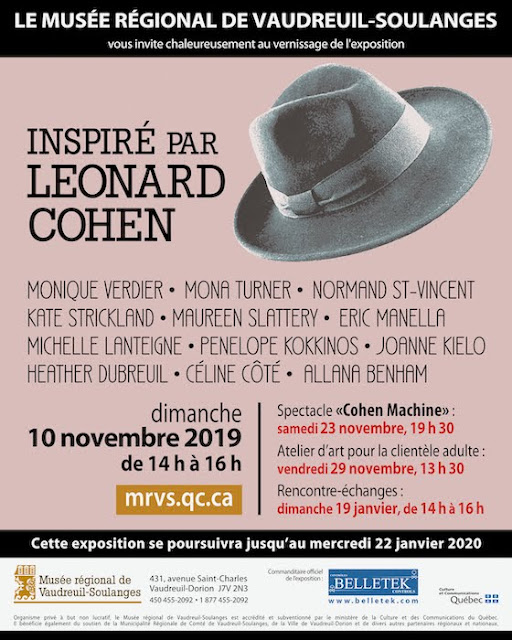 Delighted to be part of this group show at the Musée régional de Vaudreuil-Soulanges.

The twelve artists have come together to celebrate the life, poetry and music of Leonard Cohen, and will engage you with their works in painting, collage, sculpture and textile.

Please join us at the official opening on Sunday, November 10, from 2 - 4 p.m., 431 avenue St-Charles, Vaudreuil-Dorion, Québec.