Having completed three sessions, I am learning a lot in Patti Mollica's class, "How to Paint Fast, Loose & Bold". I also ordered her book, and have found it to be instructive.

One of the aspects of Mollica's paintings that appeals to me is that she imposes her own colour scheme on her subject, creating a mood with colour rather than faithfully reproducing reality. I often did this with my Cityscapes in cloth, so this approach interests me.

Here's the photo I started with. The instructor has given us ten photos to work with for the four classes. This limitation allows for easier comparison between the varying efforts of the participants. 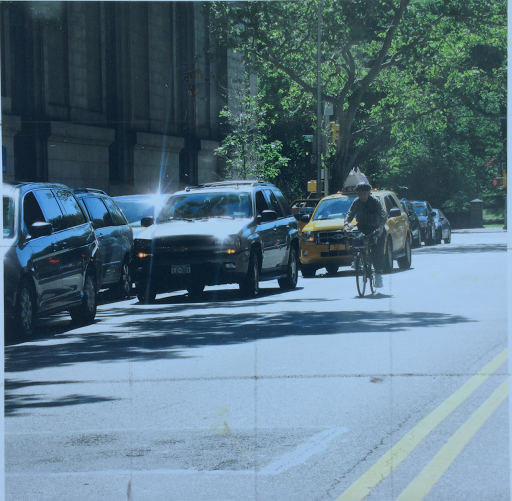 Here's how I cropped it into a 9 x 12 format, eliminating distractions that I felt were best removed. 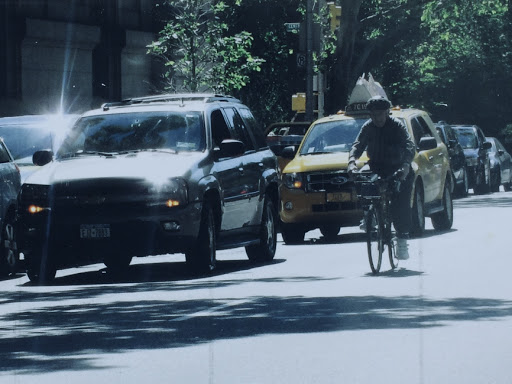 Here's the value study. I used four values for this sketch, and three would have been easier. I eliminated the sun flares on the car to put the focus on the cyclist. 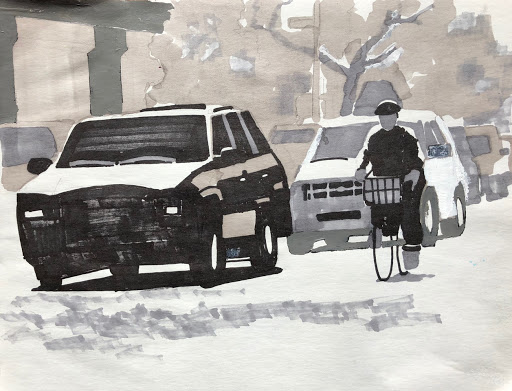 And here is my effort, using what I think might be called a triadic colour scheme (red-blue-yellow). I began this in the third class and finished it up a few days later. The idea is to work faithfully from the value sketch. If changes seem called for, they should be tried out first on the value sketch. (You may notice, if you squint, that I wasn't totally faithful to my value sketch.)

We were to pay attention to our brush strokes, and use them with freedom, introducing subtle variety in colour. Some of the students opted for a robust "mosaic" look, for a still life, for example. I felt an approach like that would undermine the focal point (the cyclist). But perhaps I could have been bolder with the brushstrokes. 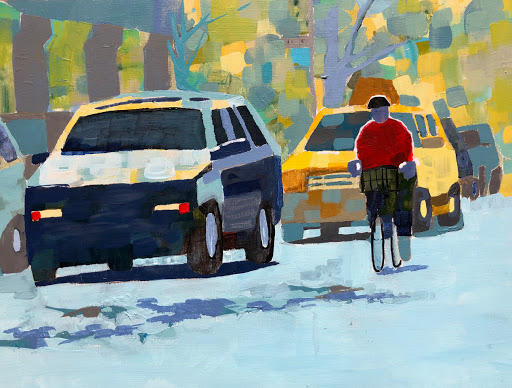